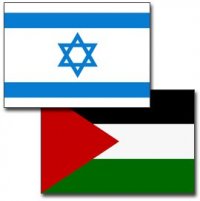 My sympathies are with ordinary Palestinians and Israelis who are caught up in the present mess. In the past I have disagreed with many actions taken by the Israeli government regarding the Palestinian people. However, I have to admit the present situation is a direct result of the actions of Hamas. While the religion of Islam allows one the right to defend oneself, one’s family and one’s country, Islam absolutely forbids attacking ordinary civilians – especially women and children. Though the air strikes by Israel will unfortunately result in some civilian casualties, at least they’re not deliberately attacking civilians…

Many people downplay the rocket attacks by Hamas. Even when there was supposedly a ceasefire between Israel and Palestinians, Hamas was firing rockets into Israel. Though only small and usually few, this was done on a regular basis. In total, hundreds or thousands of rockets were fired each year! Hamas sees every Israeli as a legitimate target! Each time, they were firing into civilian towns and villages close to the border with Gaza – not military targets. Hamas are breaking a very clear Islamic prohibition not to attack civilians! Even Hamas has openly stated many times, they do not recognise the State of Israel’s right to exist and we all know they would change that if it was within their power to do so… How can Israel deal with them when they behave in this fashion?

If Israel were any other country, they would also take military action against a neighbouring state or territory, that was firing rockets into their country, killing and wounding their citizens. While I do not like the situation in Gaza, I do not like the way Israel has often treated Palestinians, I can’t blame them for their recent actions towards Gaza. How can I support Hamas? They have been bad news for Palestinians even before, but especially since they came to power in Gaza. I strongly urge my fellow Muslim bothers and sisters, to think carefully how we can best serve the interests of ordinary Palestinians and not to believe the current propaganda trying to get us all to back Hamas. If it weren’t for Hamas’ rockets, would Israel be bombing Gaza now? If it wasn’t for their intolerance of Israel, wouldn’t the peace process have progressed further? These are important questions for us to consider. As Muslims we most certainly must look out for our brothers and sisters of faith around the world, but most importantly, we must do what is right! Should we support other Muslims if what they’re doing is not right? Surely we will be questioned!

The fact is Israel exists, whether we like it or not! Many Israelis have fought and died for their country over the past 60 years. The original Palestine no longer exists. Today Palestinians are a stateless people, this is truly a tragedy for them and my heart goes out to them. Any solution to their plight must take into account Israel’s existence and the present reality. Many Israelis are the third or four generation born in that land, they live in a functioning state.

Palestinians and Israelis must learn to come to terms with their present situation. If they both want to live in peace and security, they need to accept and eventually learn to love one another. They need to learn what we all need to learn. We all live together on the surface of one planet, we are all brothers and sisters. We need to share this planet and want for others what we desire for ourselves. Only when we accept this and learn to change accordingly will we find true peace, happiness and security! We will never attain this through bombs and incessant warfare, but only through changing ourselves!

4 Responses to Hamas and Israel